The small cinematography model as well as its incorporation into creation of the European digital space emerges as a paradigm of the creative destruction phenomenon in the way that Sombart spoke about and, afterwards, Schumpeter disseminated it seven decades ago. Working from this perspective, the University of Santiago de Compostela (USC)’ audiovisual research group has been looking for the barriers the small cinema in original version must overcome and has even tested some of its findings in different geopolitical areas such as Lusophony, Latin America, or Europe. The European case, which has been currently worked on within the Europe Creative Program 2014-2020, recognized the explicit contribution of the national cinemas to the cultural and linguistic diversity as brand image of the current Europe, promoting spaces of exchange that overcome its endemic problems of fragmentation and visibility. Our theoretical frame of reference responds to the thematic complexity of a symbolic materialization of the contemporary culture such as the cinema, though without forgetting its economic aspects and the implementation of the current public policies. In this way, based on the theory of the authors such as Morley (2007) and his concept “Average, Identity & Technology”, our methodological suggestion brings together empirical aspects of the reception studies with the poll of axiological values shared. At the same time, it analyzes the role of the intellectuals and experts in the construction and dissemination of the intercultural exchange according to the postulates of Schlesinger (1991). In regard to the methodology implemented, it is necessary to highlight that GEA’s studies contemplate a synergistic analysis of multiple types of the sampling of data and information management from online multiplatform surveys, viewed of samples, discussion forums, etc.. Our registered system combines two types of software: a data platform chain management system (CMS) with the predictive analysis software (PASW) Statistics 19. As main conclusions, it would be advocated for the small and pluralistic European film industries to become an exponent of a cultural fusion to the detriment of the European cinema, as a whole, which would be the exponent of the cinema of standards. 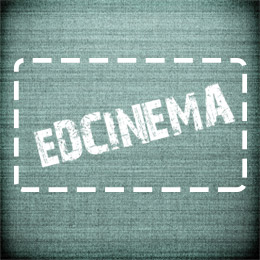