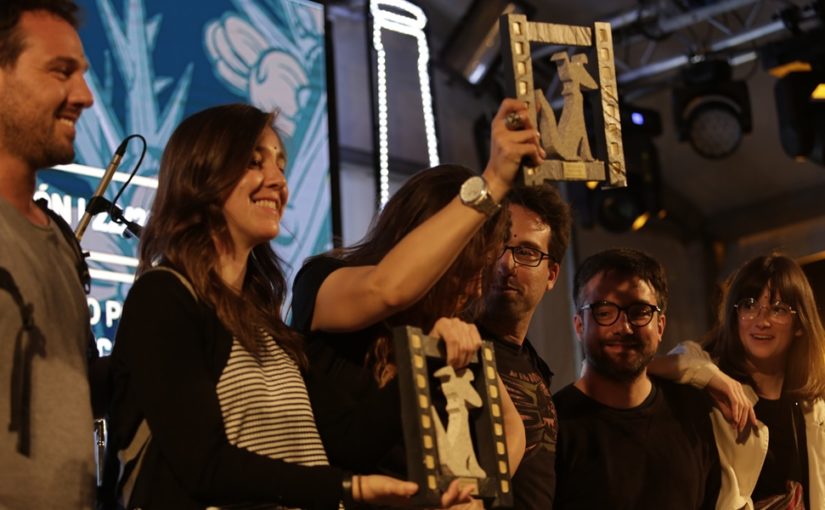 The Cans Festival awards its prizes

"The Widow" and "Limbo" were the great winners

Last weekend was not only marked by the success of Óliver Laxe in the French Cannes, with the Jury Prize to Fire will come. Our Cans, in O Porriño, also reveled its list of winners on Saturday. The 16th edition of the festival awarded the shortfilm The Widow, by Noelia Muíño, as best script, best direction and best photography for Asia Khmelova. Limbo, by Dani Viqueira, was recognized as best real image short and best original soundtrack for Germán Díaz.

In the animation category, the selected work was Soy una tumba, by Khris Cembe, with special mention to Homomaquia, by David Fidalgo Omil. Devalar, by Mar García, got the prize to best shortfilms of FuraCans, and Caerán lóstregos do ceo, by Adrián Canoura, was given a special mention of the jury in the non fictions category. The prizes to best performance went to Marta Nieto, for De repente, la noche, and Jaime Olías, for O que medra por dentro.

The Festival de Cans screened films out of competition, hosting for instance the premiere of Jorge Coira and Xesus Ron’s Eroski Paraíso, adaptation of the homonymous play by Chévere. Moreover, various activities took place, directed to different audiences: colloquia of audiovisual professionals, music concerts, cinema workshops for children… The teacher and director Pablo Romero-Fresco, member of the GEA, taught a masterclass on subtitling and accessibility which analyzed the importance of the subtitles for the audience with difficulties of vision and audition, as well as the opportunity of projection of the minoritized languages departing from a correct subtitling work, issue that is related to our project EUVOS: Intangible Cultural Heritage. For an European Programme for Subtitling in Non-Hegemonic Languages.