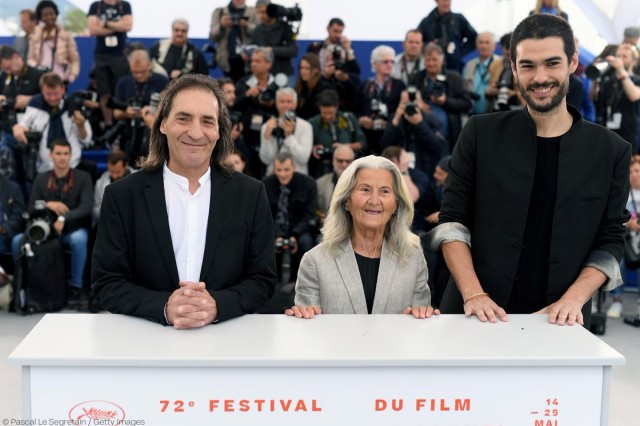 The past Tuesday 21st of May, after its premiere in the Debussy cinema in the programming of the Cannes International Film Festival, the film O que arde [Fire will come] by Óliver Laxe reveived the ovation of the French public. Accompanied by Amador and Benedicta, leading actors of the story, the director highlighted the screening as a landmark, becoming the first film in galician language to be exhibited in the 72 editions of the contest. Nevertheless, this was not all, because Laxe got the jury prize in the section Un certain regard.

This recognition adds to the achieved by his previous works Todos vós sodes capitáns (2010), Fipresci Award of the Directors’ Fortnight, and Mimosas (2016), Great Prize of the International Critics’ Week. The award seems to confirm the international fascination on the singular gaze of the director, that remarkably contributed to make Galician cinema visible in the map, establishing for several critics if not the beginning, at least the emergence of the so called Novo Cinema Galego, a label in continuous revision and discusion.

O que arde narrates, during the four seasons, two parallel stories: that of a neighbor, Amador, who returns to the village after serving a sentence for causing a fire, and that of two brigade members who begin to work in the fight against the fires. However, the film does not focus on the problem of forest burning, but on the “millennial rhythm” of daily life in that crepuscular peasant culture represented by Amador and his mother, who live in the company of the dog Lúa and three cows.

The premiere of O que arde in cinemas is scheduled for the end of 2019, with Numax distribution.