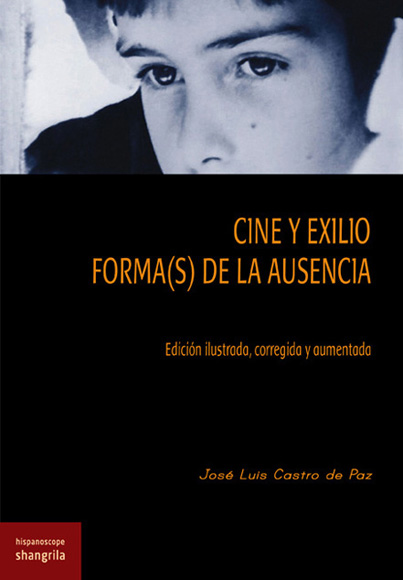 What could has been perhaps one of the causes of the republican defeat, that bustling disorder of the febrile and burning masses that  inhabit the war reports of the loyal band to the democratic government, would turn later into in the most painful procession of humiliated and mutilated people, barely without expression and without name, abandoning forever their country and leaving behind so deep scars in the aching Spanish land that the cameras will not be able to notice, even unwanted, their dreadful presence.

The new book of Castro de Paz reflects on the shapes that the Spanish cinema has used in order to represent the loss and the absence caused by the exile after the Civil War, supporting his analysis in to essential works: El balcón vacío (1962) by Jomí García Ascot and El espíritu de la colmena (1973) by Víctor Erice.