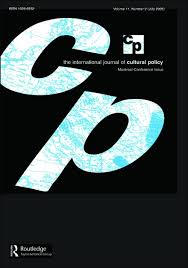 Public policies and strategies to foster access to films in a minority language. Catalonia and film subtitling 2015-2017

In 2016, following the partial repeal of Catalonia’s Cinema Act (Llei del Cinema, 2010), the ‘Digital Levy’ (taxa tecnològica, 2014) and the serious economic crisis, the Department of Culture of the Generalitat de Catalunya decided to subsidise dubbing and subtitling to ensure that Catalans could have access to films in their own language. This decision was taken with regard to new distribution platforms (VOD, Smart TV, etc.), film festivals and traditional exhibition formats. After three years in force, the combination of aid and bilateral agreements has proven to be effective for normalising access to audiovisual content in Catalan, encouraging diversity and exiting the legislative logjam that had, since 2010, been affecting public policy on the film industry in Catalonia. This article analyses the public policies, strategic plans, outcomes of agreements and production figures by means of case studies, data analysis, and in-depth interviews.