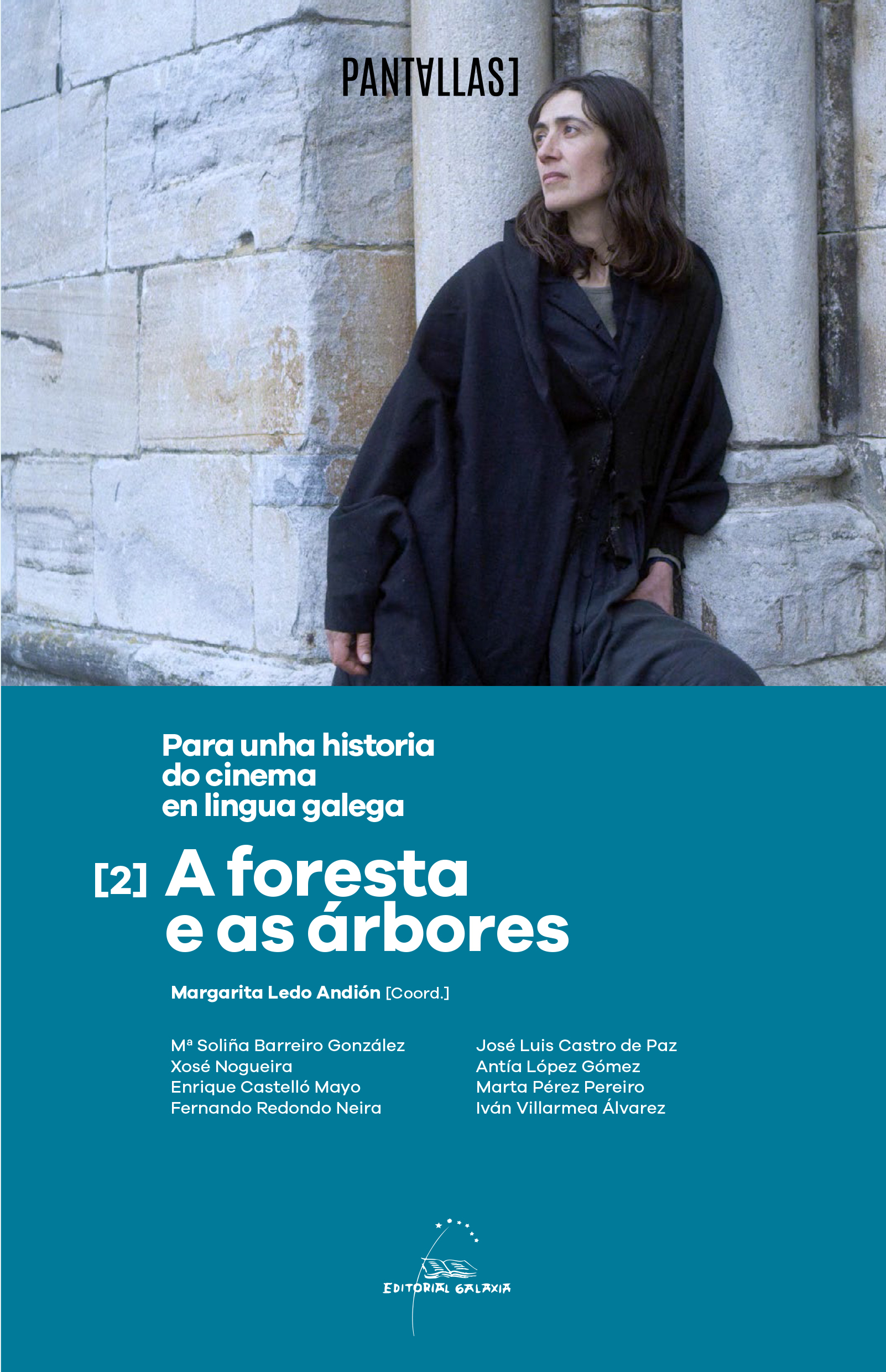 Presentation of the book “A foresta e as árbores”

On 16th of May at 20.00 hours the NUMAX bookshop will host the presentation of the book A foresta e as árbores. Para unha historia do cinema en lingua galega (2) [The forest and the trees. For a history of the galician language cinema], edited by the Audiovisual Studies Research Group and the Editorial Galaxia under the coordination of Margarita Ledo Andión.

A forest and the trees, second volume of the series Para unha historia do cinema en lingua galega, builds, from the singular gaze of the eight researchers that participate in the book, a thematic itinerary to enter into the most recent Galician cinema. In the sample of analized films, also a reflection of the diversity in the Galician cinematography of the last decades, we advance from the duel for a world that fades to the veiled —what is not spoken— in our history; from desire and its drifts to the need to film the intimate and ourselves.

Running aground topics, this is a book in which the trees let see the forest, the silver forest, perhaps made of birches. This is a book that puts in our hand a catalog of films that reveal, beyond the motives, the possibility of a diverse cinematography: in its aesthetic proposals, in the proximity or in the radical remoteness of the rules that define the so called “genres”, in the concretion of a way of thinking about cinema that, step by step, feels part of a tradition that we relate and punctuate in volume 1, in Marcas na paisaxe.

We are looking forward to meeting you there!