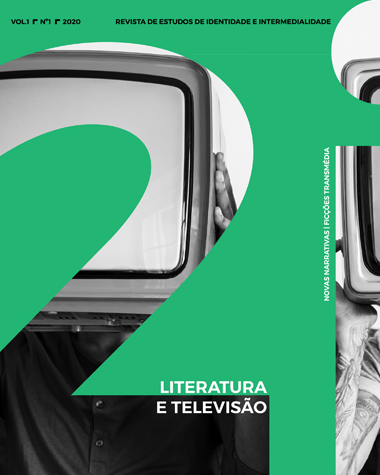 Call for papers open until the 31st of January of 2020

After the publication of its launching special number in 2019, 2i | Revista de Estudos de Identidade e Intermedialidade will dedicate its first edition to “Literature and Television: New narratives | Transmedia fictions”. To this aim, the call for papers will be open until the 31st of January of 2020. Text up to 7.000 words (including notes and bibliography) in Portuguese, English, French or Spanish are accepted. The publication, carried out by the Center of Humanistic Studies of the University of the Minho and the 2i group, will be edited by Xaquín Núñez and Daniel Tavares.

The relationships between literature and television have been present since TV medium was born. As a public service, as entertainment or as a platform for narrative fiction, television has paid special attention to literature, whether in relation to information and literary training, to the adaptations of classics or as a narrative model of serial fiction.

The porosity between different media increased, however, in our days. The digital revolution expanded cultural products globally and massively, providing a great hybridization between the narratives of fiction. The artistic object goes through various media and forms, and even transforms itself from the experience with the consumer, creating, in turn, new transmedia products.

This phenomenon, taking into account the confluence of the cultural industries with the leisure industries and the new behaviours of the art market, has led to a widening of the cultural field, granting artistic autonomy to traditionally secondary or postponed products (video games, comics, audiovisual series…). This transformation led to epistemological changes in comparative studies, which transitioned from an intertextual to an intermedial nature. Television fiction is one of the new cult products with the greatest impact on consumers, critics and academic theory. The series’ great complexity and narrative/film quality characterize this Golden Age of television.

This n.º 1 issue of the 2i Journal intends, therefore, to carry out a critical and theoretical review on the new narratives, television and literary, and the relations between both, the forms of production, dissemination and consumption, the contribution of literature to the achievement of cultural autonomy of television fiction or the conditions for strengthening the professionalization of creators, given the economic potential of the leisure industry.