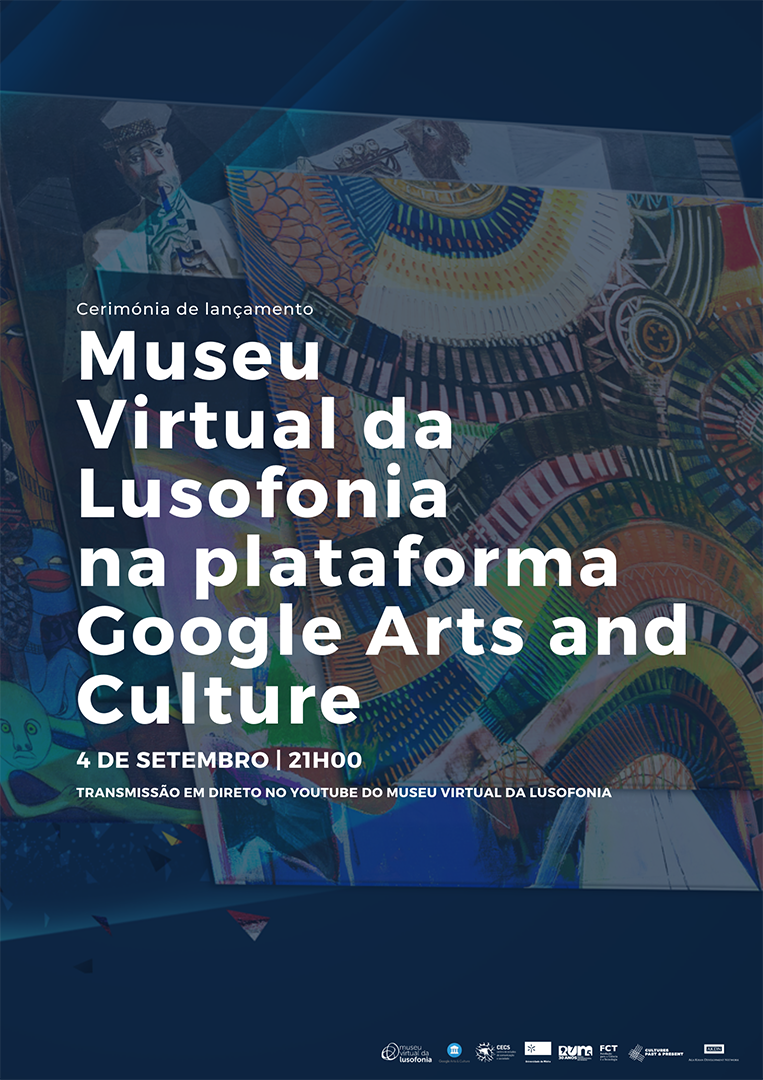 Virtual Museum of Lusophony is launched on Google Arts & Culture

The analysis, preservation and dissemination of the Lusophone historical and cultural heritage receives a new impulse with the incorporation of the Museu Virtual da Lusofonia (Virtual Museum of Lusophony) to the Google Arts and Culture platform. Launch ceremony will take place on September 4 at 9:00 p.m. (GMT+1) at Nogueira da Silva Museum (Braga, Portugal) will be broadcast live on Virtual Museum of Lusophony’s YouTube channel.

As of Friday, anyone from anywhere in the world will be able to access the collections of art, photographs, postcards, films, urban art, as well as other artistic and cultural expressions that the museum has been gathering in recent years.

The Virtual Museum of Lusophony was created in 2017, as a platform for artistic and cultural cooperation open to the active participation of citizens, dissemination artistic and cultural materials from Portuguese-speaking countries, Galicia, its diasporas and regions as Goa and Macau. Directed by professor Moises de Lemos Martins (University of Minho), its team includes education and media professionals, cultural and artistic agents, historians, sociologists, anthropologists, editors, politicians and communication researchers, who carry out the survey and analysis of all the works on display.

In addition to joining the Google Arts and Culture platform, the museum will have its own profile on Google Scholar to catalog and disseminate scientific works in the field of Communication and Cultural Studies of Lusophony. Professor Margarita Ledo Andión —coordinator of the Audiovisual Studies Research Group— is one of the 20 researchers highlighted by the Museum in this profile. She is a member of the Virtual Museum team together with Xosé López García, also a professor at USC.

The Grupo de Estudos Audiovisuais (Audiovisual Studies Research Group) of the USC is in charge of organizing the 12th edition of the Small Cinemas International Conference, an annual itinerant meeting that brings together researchers from all over the world who are leaders in the study of so-called small cinemas, cinematographies of countries and cultures with […]

The Institute of Cinematography and Audiovisual Arts (ICAA) recognizes  Margarita Ledo Andión‘s latest film as “Especially recommended for the promotion of gender equality.” The entity, dependent on the Ministry of Culture and Sports, grants this distinction to films that promote the elimination of prejudices, stereotyped images, and roles based on sex, favor the use of […]