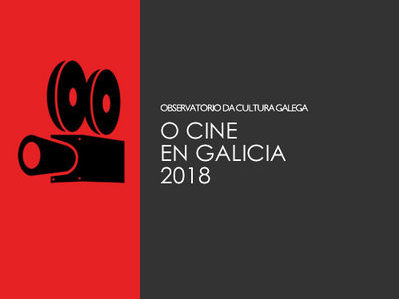 The audiovisual sector is going through complicated times, as the report “O cine en Galicia” concludes, registering a lost of viewers and incomes in traditional cinema. Last year, following state tendency, Galiza lost more than 100.000 spectators, what means a descent of one tenth in the medium attendance, now of 1,4 film per habitant. The 22,9 millions of euros collected represent 900.000 euros less than the previous year. The fall that these data reflect is explained by the consolidation of new consuming forms of audiovisual, determined by the offer of Video on Demand platforms.

These ones are some of the conclusions given by the Observatory of Galician Culture, authority dependent of the Consello da Cultura Galega, in the Work Document on cinema that has just published, elaborated with the numbers of the Estadística de Cinematografía: Producción, Exhibición, Distribución y Fomento and the Instituto de la Cinematografía y de las Artes Audiovisuales – Secretaría de Estado de Cultura. In this occasion, the report has also a qualitative part in which the representatives of the audiovisual sector highlight the creative talent of the professionals and the improvement in the international projection.

Nevertheless, the descent of audience doesn’t perform that bad to Spanish productions, that increased 100.000 spectators during 2018, detrimental to foreign films, that lost 200.0000 spectators. The box office data are also linked to the film nationality: in 2018 Spanish feature films got more incomes that the previous year, while the foreign ones received one million less.

The number of film festivals in Galicia changes depending on the consulted source, what makes it difficult to establish an evolution. For ICAA, the number remains stable, while the Galician Audiovisual Academy speaks of a descent, from 14 in 2016 to 8 in 2018. In this variation the supporting politics of the Xunta can be framed, giving aid to 8 festivals last year, through the AGADIC with an amount of 118.882 euros.

The Observatory also analyzes the exhibition, distribution and production. In 2018 there is one movie theater more than the previous year, reaching 44 cinemas and 187 exhibition rooms, la highest amount of the series considered. According to ICAA data, in 2018 18 film production companies operated in Galiza, six more than in 2017. During the period from 2013 to 2018 141 audiovisual works were produced. The year 2015 stands out with 27 films (15 of them feature films) while in 2018 25 films were produced (15 feature films and 10 shorts). The predominant gender is fiction, with exception of the year 2017, that had more documentary films.

The report also dedicates a part to the analysis of language: only the 38,3% of the production made in Galiza in the considered period is in Galician language. Of these ones, 13 are exclusively in Galician and one in Galician/Spanish. The administrative support, through AGADIC, is determinant. The films in Galician as original language receive bigger grants by AGADIC. Between 2011 and 2018 these films received more than 2,3 millions of euros. In that same period films exclusively in Spanish received 1,9 millions of euros.

“O cine en Galicia” assigns a wide part to the analysis of the responsible people of the Academia Galega do Audiovisual, the Asociación Galega de Produtoras Independentes, the creation and difussion cooperative NUMAX and the Axencia Galega das Industrias Culturais. The high quality of the Galician audiovisual sector professionals, the increment of debuts  and the significant advance of women presence -although still rare- are highlighted. In the production level, the need for new fiscal measures is reclaimed, in addition to the request for reconsidering this sector as strategic. Regarding disstribution, the situation is complicated and supported by small cinemas, that need a resolute help by the Administration in charge. AGADIC considers the appropriateness of initiatives like Cinemas de Galicia” and warns about the polarization of the cinema between almost homemade films and industrial films. Furthermore, the improvement in the exterior projection of Galician audiovisual is underlined as a strong point.