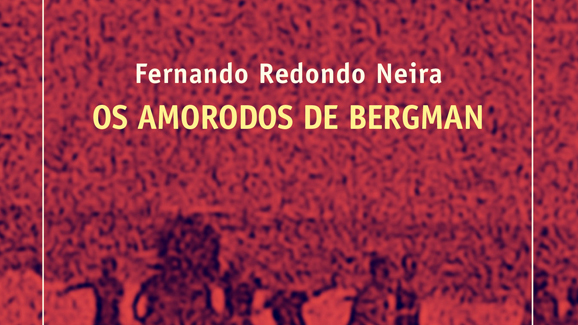 The Audiovisual Studies Research Group member Fernando Redondo Neira presents the 2nd of July “Os amorodos de Bergman”, awarded work in the last obra edition of the Ramón Piñeiro Prize of Essay , given by the Ramón Piñeiro center and the Galaxia editorial. Couceiro bookshop will host the act at 19.30h on Tuesday, in which the author will be accompanied by Francisco Castro, general director of Galaxia, and in charge of the publication of the chosen text, and Valentín García Gómez, general secretary of Linguistic Politics.

Fernando Redondo’s essay starts from the film register of the trips of the Sociedade de Amigos do Campo in order to reflect on the moving image, offering a vision of cinema as a second chance for memory, as a second perception of what is lived. The jury highlighted the historical, anthropological, semiotic, artistic and memorial value of “Os amorodos de Bergman”, from a perspective that takes a philosophical and technological position that situates Galicia in the beginning of universal film History.

The 2022 international Small Cinemas conference extends its call for papers for “Totalitarianism in Literature and Films” until May 30. Totalitarianism & other radical ideologies as social phenomena have always been a scourge of societies big and small. The present time demands from academics and intellectuals to engage in a detailed analysis of what happens […]

The ERC Starting Grant project “Social Networks of the Past. Mapping Hispanic and Lusophone Literary Modernity (1898-1959)” and the Global Literary Studies Research Lab, with colaboration of Prof. Malte Hagener from the Philipps-Universität Marburg, has opened the call for papers for the International Conference “Rethinking Cinema and Film History Through Global and Digital Approaches (early […]