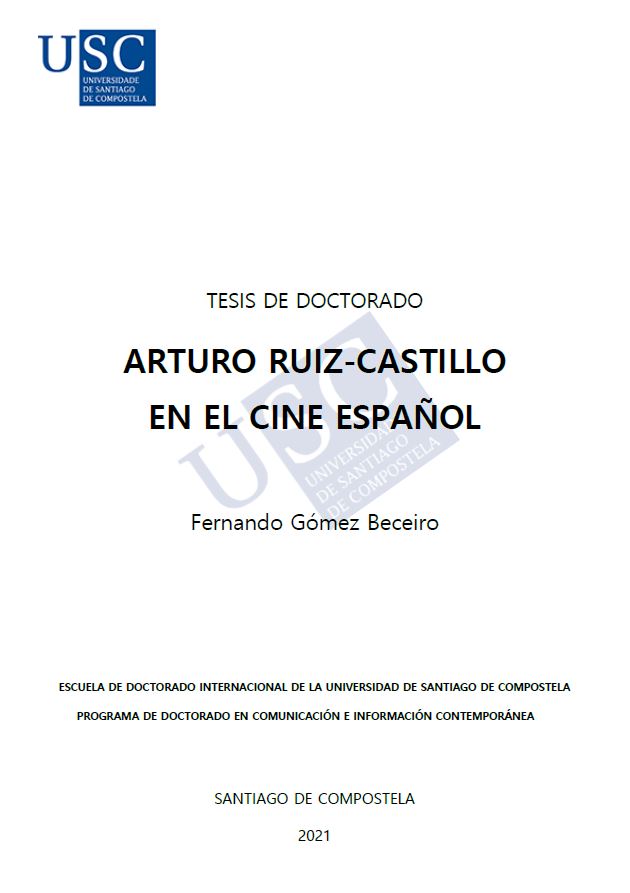 Arturo Ruiz-Castillo in the Spanish cinema

The Madrid-born filmmaker Arturo Ruiz-Castillo (1910-1994) was educated according to the values of the “Institución Libre de Enseñanza” and was raised in a family environment that was close to the intellectual circles of the “Edad de Plata”. Since he was young, he developed multitalented interests that led on to the establishment of a vast and irregular life’s work that goes across the last century’s most relevant historic events. He was also involved in some of the most complex and significant processes of the aesthetic evolution of Spanish cinema. His deep cultural education and inquisitiveness are already noticeable in his first stage of experimentation, in line with certain cultural movements of the Spanish Second Republic. However, it is with his works for different pro-democracy organizations during the Civil War how he begins his extensive cinematographic career. This career was mainly developed during Franco’s dictatorship although his last works for television were released during the first years of the Spanish Transition. It includes around 50 short-films, 18 full-length fiction films and an endless number of works for television. Yet, despite occasional demands, Arturo Ruiz-Castillo’s work has been disregarded until practically nowadays. Therefore, it is