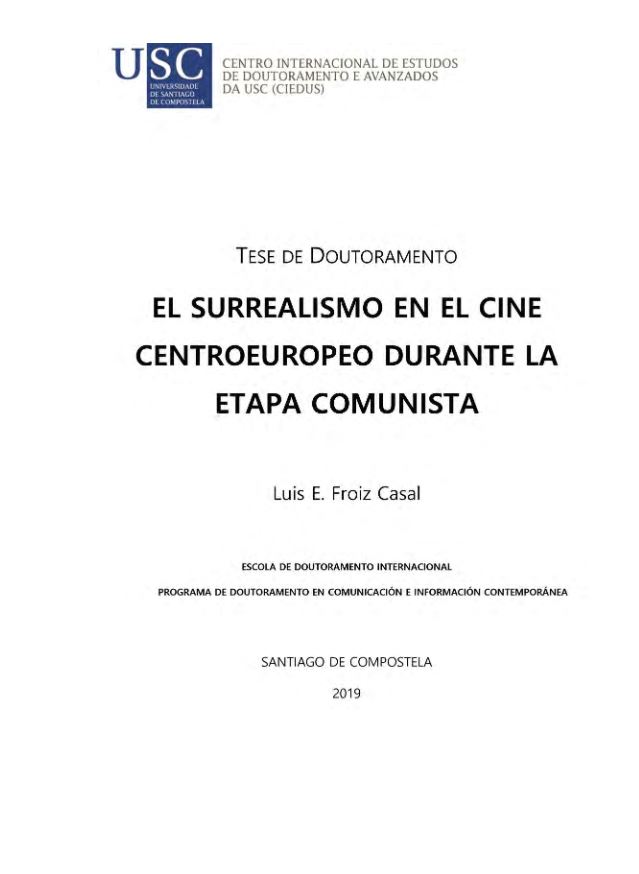 Surrealism in Central European cinema during the communist period

This research focuses on the influence that the surrealist movement performed on the cinema of Poland, Czechoslovakia, Hungary and North-yugoslavian nations between 1945 and 1990. Through the analysis of filmographies and particular works by authors from the four countries, it studies their similarities and differences in their approach to cinema from a surrealist perspective, placing them in their socio-political context and comparing them with the movement created by André Breton. In order to achieve this, it it tries to establish a transnational vision when approaching the particularities of the different authors that it analyzes, placing them in their right context under the communist governments and in relation to the policies of the moment. At the same time, it also tries to rethink the relationship between particular films, the new national cinemas that emerged in the 50s, 60s and 70s of the twentieth century and the artistic avant-garde within the specified framework, understanding its genesis not only within the borders of the Soviet bloc, but taking into account the international reality to which the authors could have access. In this way, we approach the cinema born in the Communist Central Europe with a new perspective, trying to find relations on the way authors born in the different countries that make up our selection understood the cinematographic avant-garde